By CSB, 20 June 2011
His people sent a polar bear to save their way of life to find itself driving an ice-cream truck around the suburbs, with the aim of reversing global warming, one ice-cream at a time.

The village in the box hit the street.

EPISODE #4 (Previously…… Sun Sam was pushing out a village in a box; he pulled all his ideas aside to concentrate on the task at hand and cheerfully announced them to his small but completely fascinated audience. “This is performance time!”
The equally lively village scene is located in the box container outside the village, full of the entire side of the Polar Sam truck. 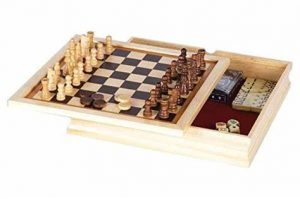 Blow to the size of the large screen, the details become clearer. “Look! There are sailboats in the lake. ”
Sam’s “remote control” chip.
“There’s another kayak”, “and two swans”, “three ducks!” “Those people are fishing?!” All the water captured the imagination of the boys. The Santa Fe River barely runs, and spring has only one month at most. Or in August’s “monsoon season” rains.
“Where can we get all this water?” Doc Plaza asked suspiciously. “Of course, it’s noticeable, but as Santa Fe gets bigger and bigger, all the water has flowed into the new home, and the river is rather dry.”
“Those’Life machines’are excellent. Imagine that there are several greenhouses in every block. Biological products can decompose anything, even PCBs! “Sam has started now. “So we go into sewer lines, solar pumps into greenhouses, and in a series of high-end translucent glass fibre tanks, water is purified by biomass. Add ultraviolet disinfector and Wallah! Freshwater, higher quality than the original tap water! So the neighbors got fresh fruits and vegetables and fish in the sink, the river was filled all year round, the aquifer was replenished, and the water eventually fed back to Rio Grand without any pollutants, such as medicines! ”
The boys cheered again. The suburban children stared at Polar Sam incredibly. In his ice cream delivery, Uncle Sam’s vest and tail, and his red and white peeled hat, “He looks a little like a clown,” the child said to himself. But seeing the elegance and beauty of his vision in front of him… “This guy is a genius,” he said to himself.
Speaking loudly, Kid Suburbia lashed out, “Can you take it off the Peace Pop stick?”
Sam just laughed at him. “Oh, there’s more!”
Sam continued, “You know how you say it’s so boring, and there’s a group of old ladies living in a 2,400-square-foot house near your home? When the children grow up, their husbands die, or they divorce, but she lives alone, and she wants to stay near her home? Well, imagine these small squares surrounded by Casitas. Your ladies and friends can scale down and stay with their neighbors. She can remain independent and take long walks with friends and shopping. If she needs it, she can get help from the children in the local elementary school. ”
Doc Plaza interposed: “It sounds like a new version of the past, like a big family. I can stand this. ”
The children’s suburban residents laughed. “Yes, then all your girlfriends will be in one place.”
“Hey, don’t knock on it,” Doc retorted. “If I don’t shoot you first, you can live longer than your wife. It’s a great thing to make things easier for people in the middle of the day.”
Kid Suburbia is quiet. “My best friend Harold has been complaining about moving to a smaller place. He wanted to stay in the hood, but he was tired of keeping such a big house. I miss him already. It would be great if our community had one of these high-level Placitas! ”
“Hey brother!” Sam almost shouted. He raised the child’s paw to five. “Welcome to the amazing power of Box in Village!” Four people exchanged senior five. They didn’t know exactly why, but Bells’enthusiasm made them sell it.