Classification by type of fermentation plant

Horizontal composting fermentation drum is also called Danot type. The main equipment is a horizontal drum with a length of 20-35 m and a diameter of 2-3.5 M. In the fermentation device, waste is raised along the rotating direction by friction with the inner surface of the cylinder, and falls down by means of self-weight. By rising and falling repeatedly, the waste is evenly turned over and contacted with the air supplied, and fermented by microorganisms. In addition, because the cylinder is oblique, when the waste lifted along the rotating direction falls by its own weight, it gradually moves to one end of the outlet of the cylinder, so that the rotary kiln can automatically and steadily supply, transport and discharge compost. The processing conditions of the device are summarized as follows:
The ventilated air temperature is normal in principle. For a 24-hour continuous operation device, the ventilation rate is 0.1 m3/(m3.mm), and the rotating speed of stirring in the cylinder should be 0.2-3.0 r/min. If the whole fermentation process is completed in this device, the residence time should be 2-5 days. The filling rate of cylinder is generally as follows: waste volume in cylinder/cylinder capacity is less than capacity. The average temperature of compost in the whole fermentation process is 50-60 when the device is used, and the maximum temperature can reach 70-80 high. When the device is used for one fermentation, the average temperature is 35-45, and the maximum temperature can be about 60 high. 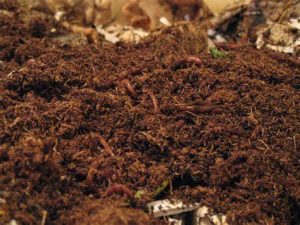 The device is a single-layer cylinder with stacking height of 4-5 M. The compost enters the silo through the distributor from the top of the silo. After 10-12 days of aerobic fermentation, the compost is discharged by the screw discharger at the bottom of the silo. Because there is no repetitive cutting device in the warehouse, the raw materials are compacted and lumpy, the ventilation performance is poor, the ventilation resistance is large, the power consumption is large, and the product is difficult to homogenize. However, the device occupies a small area and has a high utilization rate of fermentation bin, which is its advantage. The structure of this device is simple, so it is widely used.

The silo-type dynamic fermentation silo is a single-layer cylindrical silo with a stacking height of 1.5-2 M. During the operation of the dynamic fermentation bin, the crushed wastes sorted by the pretreatment process are transferred to the middle of the top of the tank by the feeder, and then uniformly distributed by the feeder to the tank. The screw drill located in the rotating layer stirs the wastes in the tank by revolution and rotation, so as to prevent the formation of grooves, and the shape and arrangement of the screw drills can pass through. Maintain a uniform distribution of air. Waste falls from the top down in the pond by gravity. Rotary cutting screw device with revolution and rotation is installed at the bottom of the pool. Whether the upper rotating layer rotates or not, the product can be discharged from the bottom of the pool. The air required for aerobic fermentation is forced into the bottom of the pond through the air distribution board. In order to maintain the aerobic environment in the pond and promote fermentation, forced ventilation from the bottom of the pond was adopted by blower. By measuring the temperature and gas concentration in each section of the pool, the air quantity supplied to each section can be adjusted and the rotation period of the bridge tower can be controlled to change the overturning frequency. The period of one fermentation is 5-7 days. In the composting process, the helical blades cut off the raw materials repeatedly, and the raw materials are pressed on the helical surface, which is easy to produce compacted lumps, so the ventilation performance is not very good. In addition, it also has some shortcomings, such as uneven residence time of raw materials, uneven product shape and not easy to seal. Its advantage is that the height of the outlet and the residence time of the raw material can be adjusted.

The box-type composting fermentation pool is equipped with plough-type upside-down mixing device. The device acts as a mechanical plough to dig waste. It can regularly agitate and move materials several times. It can keep the ventilation in the pool, make the materials evenly disperse, and also has transportation function. It can move materials from the feed end to the discharge end, and the materials stay in the pool for 5-10 days. The air is forced to ventilate through the air distributor at the bottom of the pool. Fermentation tank adopts conveying mixing device, which can increase the height of material accumulation.

The main component of the fermentation tank is a flaky scraper driven by gear and rack. The scraper swings from left to right to stir waste, returns from right to left without load, and then swings from left to right to push a certain amount of material. The amount of material pushed by the scraper can be adjusted. For example, when stirring once a day, adjustable push volume is required for a day. If the treatment capacity is large, the fermentation tank can be designed into a multi-stage structure. The pool body is a sealed negative pressure structure, so the odor does not escape. The fermentation tank has many ventilation holes to maintain aerobic condition. In addition, sprinkler and drainage facilities are installed to regulate humidity.